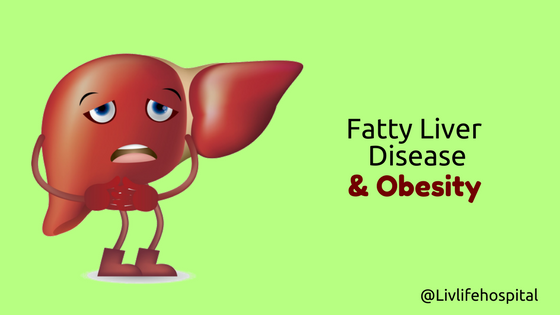 Liver Disease occurring from excess fat accumulation is called Fatty Liver Disease or Non-Alcoholic Steato-Hepatitis (NASH). This arises from the excess fat deposition in liver cells in people who take little or no alcohol. Hence the fat accumulation is purely from diet and Obesity. This is currently the most common liver disease in the world affecting almost 80-100 million people.

The excess fat affects the function of the liver which gradually deteriorates. This is also considered one of the factors of Metabolic Syndrome. In its most severe form, this can lead to permanent liver damage i.e. Cirrhosis i.e. scarring of the liver. This causes liver failure requiring the liver transplant. NASH may progress to cirrhosis in ~20% of patients, and NASH-related cirrhosis is considered a major cause of cryptogenic cirrhosis and liver-related death.

It is observed on every 19 April, to spread awareness about the liver-related disease. The liver is the second largest and the most complex organ in the body, with the exception of the brain.