Snoring: Don’t Sleep Over It! 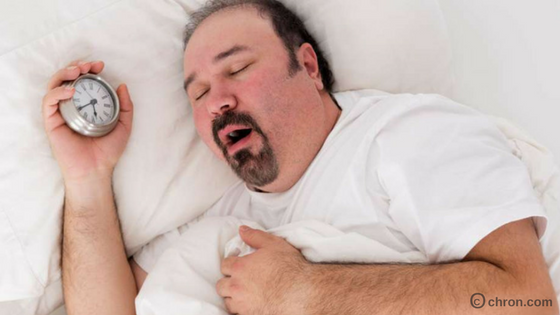 Snoring: Don’t Sleep Over It!

Snoring is a topic of jokes. It is considered a regular thing in some people which does not seem to be a cause of any concern or alarm. People are known to snore less or more and relatives or spouses bear with it without giving it a second thought.

However, it is not as simple as it seems. Every time we snore, our body has what is called as Apnea i.e. lack of breathing. Obviously, oxygen level to our brain also stops in these times of apnea. This damage accumulates gradually. Every time we snore and our brain suffers apnea, our heart has to work harder to give it the usual level of oxygen-rich blood. This in turn puts pressure on the blood vessels supplying our lungs. Thus develops a condition called as Pulmonary Hypertension, high pressure in the blood vessels supplying the lungs. This puts pressure on the right heart and it may even go into failure.

So you see, a seemingly simple thing such as snoring can have such a grave consequence like heart failure.

What are the reasons of snoring?

Our facial bone structure has a role to play in snoring. People suffering from chronic sinusitis also snore more compared to others.

Obesity, however, is found to be the commonest and best treatable cause of snoring. Obesity causes excess fat deposition in our face, tongue, neck etc which all decrease the breathing passage while sleeping and result in snoring. Patients with Obesity develop something called as ‘Obesity Hypoventilation Syndrome’ with excess snoring at night and day time sleepiness called Narcolepsy.

Bariatric Surgery has been shown in many national and international studies to reduce snoring as early as a few days after surgery. The usual weight loss of bariatric surgery is first noticed on face and neck. Thus early improvement can be seen in snoring in these people. People who use C-PAP or artificial breathing to prevent low oxygen levels during sleep have also shown significant improvement in that they have discontinued use of machine within a month after Bariatric Surgery.

Their blood gas analysis for oxygen levels has also shown great improvement within a few weeks of Bariatric Surgery. This has also found to reduce or reverse Pulmonary Hypertension and pressure on the Right Heart/Ventricle.

So, now on, if you have a friend or family member who snores, please don’t ignore it. They require proper analysis & weight loss treatment for snoring to prevent future complications.