Glycemic Index and Its Effects

Glycemic Index and Its Effects 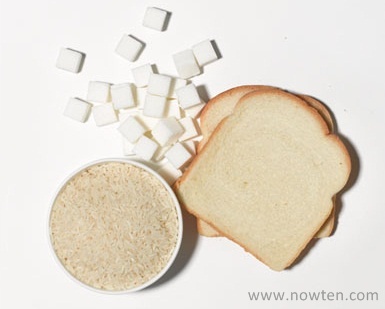 Our body needs energy to move, breathe, and think. This energy comes from carbohydrates that our body breaks down into glucose and absorbs into the blood stream.

While glucose is important for the body, too much or too little of it can be extremely harmful as well. Hence there is a need to better understand carbohydrates and how they operate within our system.

The term glycemic index (GI), is a way of measuring the digestibility of carbohydrates. This unit is used since no two carbohydrates digest at the same rate.

The standard food item for measuring glycemic index is white bread which is assigned a value of 100. All other foods are compared based on this standard. White rice with a glycemic index of 102 is considered a dangerous food. It belongs to the category of food items known as refined starch which includes White Rice, White Bread and White Pasta.

Foods with high glycemic index are unhealthy because they act more or less like sugar when they are digested. Thus refined starches interfere with the glucose control of the body the same way sugar does. Many people believe that soft drinks such as Coca Cola is a problem. However, they eat white rice without any suspicion of that sort. The glycemic index of Cola based drinks at 90 is less than that of white rice.

According to Dr. Nandakishore Dukkipati, Managing Director of LivLife Hospitals, it is advisable to have traditional Indian food. ” What our forefathers ate were perhaps the healthiest food. Lots of legumes, fresh produces, and a whole array of fibre rich food. It would be great if we can revisit our ancient food culture,” he said.

Though, he was quick to point out that not all Indian food items are guilt-free. Traditional sweets and drinks like Rooh Afza and Khas Khas should know that they also contain about 10% sugar.

Here are some fascinating facts about Glycemic Index of common food items:-

The reason we at LivLife are interested in glycemic index is that recent animal research has proved that foods with high GI carbohydrates are associated with risk of obesity. Male rats that were fed with high GI diet were found to be 71% fatter with 8% less lean body mass than the rats fed with low GI diet over a period of 18 weeks. Further, post-meal glycaemia, insulin levels and plasma triglycerides were significantly higher in high GI rats.

In human trials, it has been found that post-weight loss, the energy expenditure became higher on low glycemic index diet than on low-fat diet. This means that just cutting out fats from your diet may not be an effective way to maintain your weight. You have to cut out high GI carbohydrates as well.