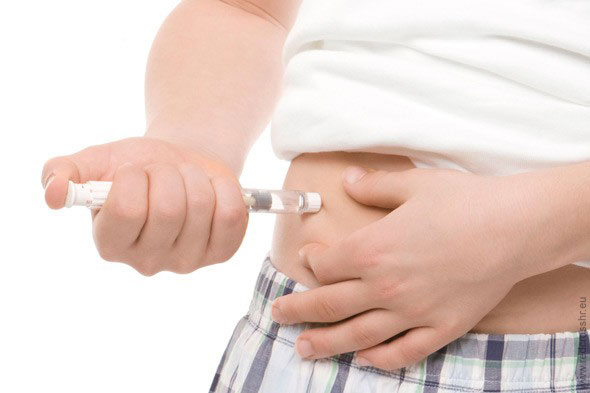 Mrs. J (50) has had diabetes for eight years. All of 5 feet tall and weighing a little over 155 kg, she has four insulin injections a day along with several other related tablets. Her sugar levels though have remained high still. What was more alarmingly was when she noticed she has gained eight kilos since she started insulin four years ago. She also realized certain differences in her daily pattern. Whenever she attempts to reduce the insulin dose, her sugar levels shoot up. She noticed that she snores more, doesn’t get proper sleep at night, is left breathless and is unable to walk even a short distance. Mrs. J would love to lose weight , at the same time, she wants her diabetes to be within control.

Being overweight or obese are some of the major factors that influence the progress of Type 2 diabetes in many individuals. Excess body weight makes it difficult for the insulin secreted by the pancreas to work. This is termed as insulin resistance. Initially, the body tries to counter this by increasing the production of insulin but it is only a matter of time before the pancreas gives up and the end of this struggle, diabetes rears its head.

Problems with body weight does not end just there. Medications used to treat diabetes also tend to increase weight gain; insulin being a good example. Many patients binge on snacks for they fear they might have low sugar levels. Add to this, the widespread reluctance to be physically active and you are on your way to a significant amount of weight gain.

Although diet and exercise help in weight loss, for someone like Mrs. J, these lifestyle changes, while important, may not be sufficient. “Many tend to regain all the weight they lose after temporary solutions like dieting, simple exercising etc,” says Dr. Nandakishore Dukkipati, MD, LivLife Hospitals, Hyderabad.

“For such individuals, a simple stomach surgery offers a rather therapeutic option. And these factors have found more evidence. Certain surgical procedures have been found out to help patients with diabetes, so as to attain a healthy BMI and to get their blood sugar levels to normalize. This is termed – ‘Remission of diabetes’,” Dr Dukkipati explained.

Further proof suggests that obese individuals with “pre-diabetes” who undergo these surgeries are protected from developing diabetes in the future. Bariatric (or metabolic) surgery refers to a group of surgical procedures that help people to lose weight, by altering the anatomy of the stomach and intestines.

Both can be done through a small “key-hole” incision on the abdominal wall and are associated with little or no complications in experienced hands. The patient can usually go home in about three days. On an average, the weight loss is around 20-30 kg, something that doesn’t seem possible with any other medical method.

Mrs. J for instance, was advised to undergo bariatric surgery at Livlife Hospitals. She underwent Roux-en-Y gastric bypass. Following an uneventful postoperative period, she was delighted to find that her weight, as well as her sugar levels, came down. Six months later, she had lost 57 kg and now has a healthier BMI of 34.7 kg/m2. Now she is able to completely stop insulin injections and her sugar levels are under good control with minimal medications. Most importantly, her quality of life has improved tremendously: she feels much better and can now walk a hill without much ado.

Bariatric surgery, so far, was considered only as a weight-loss procedure. Lately though it is much more, and also an accepted treatment option for Type 2 diabetes, with the World Health Organisation and the International Diabetes Federation recommending these procedures for overweight and obese adults with type 2 diabetes. Weighing options, lifestyle disease like diabetes do seem to be curable by bariatric surgery.

If you or someone you know would like to solve diabetes like Mrs. J, consult our Bariatric Specialist.

Call or SMS at 8886077773 or email us at life@livlifehospitals.com for more detailed information.