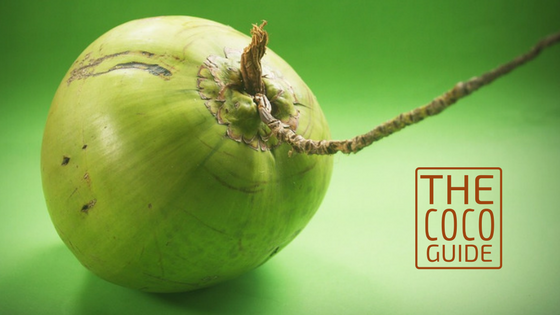 “Organic” and “Natural” is the on-going trend doing rounds now-a-days. From food to fashion, it’s in vogue. You can spot a corner or a shelf particularly for these items in any super-market or store and there are stores exclusively for these products too.

Well, I believe that we are moving towards a better change and hopefully for a good cause. But how are we to know that a product named ‘Organic’ is better than its counterpart by all means.

Is it worth shelling out those extra bucks on them?

For instance, let’s take coconut oil. It’s causing quite a buzz in the natural health scenario.

Words like “virgin,” “extra- virgin”, “cold-pressed” and “refined” on coconut oil bottles can confuse you, unless you are quite aware of these terminologies.

Understanding the differences between the types of coconut oil in the market will keep you from spending your hard-earned money on a product that is less than the best. The two most broad categories of coconut oil are refined and unrefined (call it virgin, extra virgin or by any other name).

One of the major differences between refined coconut oil and virgin coconut oil is the method of extraction.

Regular coconut oil is made from copra, which is dried coconut kernel. The copra is pressed and then the extracted oil is refined, to make it suitable for consumption.

Virgin coconut oil is extracted from the fresh meat of the coconut and is left unrefined.

The only difference is we are using the fresh and the dried flesh of the coconut to extract oil and label it virgin and refined respectively. There’s no one way to refine coconut oil, though. Some brands use a steam refining process with no chemicals while some use chemical solvents to extract every bit of the oil from the copra and to get cleaned of all the copra before we can consume it.

It contains a high concentration of medium-chain saturated fatty acids like caprylic acid and lauric acid.These fatty acids fight inflammation caused by unstable polyunsaturated fatty acids, and are a great substitute for processed vegetable oils. These fats are also easily digested. They are essentially the same in both virgin and refined versions. Coconut meat itself contains 17 amino acids, B vitamins, potassium, iron, and fiber — but the majority of these are already filtered out during any process of making coconut oil. A single tablespoon of coconut oil contains approximately about 13.8 grams of saturated fat i.e. almost 125 calories. So coconut oil is all about the fat, and that’s pretty much the same between refined or extra virgin coconut oil.

As far as which type of coconut oil is “healthier”? At the end of the day, coconut oil, no matter how it’s produced, virgin or refined, is a saturated fat, and according to the World Health Organization, using unsaturated fats like olive oil or corn oil is preferable to cooking with saturated fats because of an increased risk of cardiovascular disease.

In fact, even pure virgin coconut oil was found to have 92% saturated fat – which is the highest amount of saturated fat in any fat. But as long as you’re using it in moderation, you should be OK.

So keep in mind how you’re going to be using your coconut oil when you’re deciding between refined and virgin.

If you’re keen on keeping that coconut taste and flavor, whether it be for cooking or for your handmade skin care products, you might like the virgin coconut oil. If not, refined coconut oil would best suit you.

Dr. Rajya Lakshmi Devi is a Clinical Nutritionist and an Educator since 15 years. She holds a PhD in Food Science and Nutrition from Avinashilingam University, Coimbatore; and has done her Masters in Community Health and Nutrition from Andhra University. With a sound academic background and remarkable expertise in the field of nutrition, Dr. Rajya Lakshmi Devi is inclined towards giving nutritional advice for lifestyle disorders like Obesity and Weight Loss. She is also well versed in handling Diet for pre and post op bariatric patients, fat loss, reduce belly/ tummy fat, weight gain, diet in pregnancy and lactation, pediatrics, diabetic diet, hypertension, cardiovascular, renal issues, cancer, sports nutrition, PCOD, and PCOS. Nutritionist at LivlifeHospitals, Hyderabad, she has helped hundreds of patients recover from their lifestyle disorders and inculcated healthy dietary habits. She regularly contributes to Livlife Blog on Nutrition.