Bariatric Surgery Shields You from Cancer!

Bariatric Surgery Shields You from Cancer! 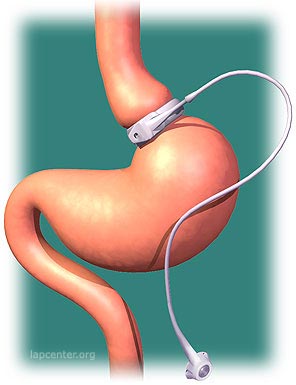 If you have been keeping track of the latest obesity news, then you will know that bariatric surgery is more than just another weight loss procedure. Being able to shed pounds is indeed an advantage but there are other advantages that come along with it, the latest in the list being protection from cancer. Findings by Dr. Daniela Casagrande, MD of the Universidade Federal do Rio Grande do Sul in Porto Alegre, Brazil have been published recently in the journal Obesity Surgery. According to her research, the rates of cancer risk among obese people dropped to the level of people with normal weight when they underwent weight loss surgery.

The research team of Dr. Casagrande aimed at finding the veracity of previous claims made regarding the relationship between bariatric surgery and reduction in cancer risk among obese patients. This was in the light of the fact that the cancer rates among obese people were as high as 2.12 cases in 1000 person years.

An elaborate study was conducted based on the data collected from 54,257 obese patients spanning 13 studies in the field. The team focused on incidence on cancer among patients who underwent bariatric surgery in both controlled and uncontrolled datasets. The study indeed confirmed the results of previous researchers. They found that for up to 23 years after bariatric surgery, cancer occurred only in 1.06 cases per 1000 person years. When compared to the rate of cancer among the global population of obese people, this is a marked improvement.

One thing however eludes researchers as to why there is a reduction in the incidence of cancer after the surgery. The present assumption is that either cancer is prevented because of changes in metabolism in the body post surgery or the detection and treatment of cancer becomes easier with lower BMI. Dr. Casagrande, the leader of the research team acknowledges the difficulty involved in separating out the effects of surgery in the light of cancer risks.

Even though there is a positive correlation between bariatric surgery and reduction in cancer risk, Dr. Casagrande warns that one must not jump into conclusions yet since the various studies they checked were highly heterogeneous. The team has also said that various variables associated with cancer should be measured in future bariatric surgeries due to limitations in current datasets.